My career is built on relationships.  I’ve now been mandated to work remotely and de-socialize.

Yet every zoom, hangouts, facetime, skype, or other conversation I’ve had has been heartwarming because collective fear, of health, of the unknown, of what is true, and what purpose can be left in this world--as a virus seemingly tears us apart.  It takes a reframing to understand what we can do to keep our connections vital and supportive as we go through yet another troubling time.

The media talks of things being unprecedented, yet how many 100 year storms have we had? How many other viral outbreaks swept clean the human consciousness of the time?  How many are ignored because we’ve normalized them, like AIDS, influenza, etc?

Today I set up my 82 year old professor father on zoom to hold classes, and he’s enriching the lives of a pair of students as they act out Shakespeare.  The lines are 400+ years old, but the human condition of what “seems vs. is” and why irrational actions become normal when they are repeated are still the same.

Loneliness:  The biggest danger in semi-isolation is one of the most deadly things no one talks about.  This creates and amplifies mental illness, kills so many, and the solution is as simple as a phone call, email, text, or video chat to contact someone you love and share in their fear, and bring some hope to their lives that someone is thinking of them.

Vulnerability:  Anyone who tells you they aren’t afraid of this is lying.  We all are. So embrace that and move past it. It is human to fear.  It is also human to hope. They are not mutually exclusive. So open up with a vulnerability and see how less vulnerable you feel.

Blinders/Ignorance:  Would you like to know the one person on the earth who knows exactly what is going on and what we should do?  I would to, but so far that person doesn’t exist, so stop believing what someone tells you to fear because they “read it somewhere” and are “acting on hunches” on what can be done.  When we raise someone up who is not an expert and listen to them because we want to believe, we are ignoring the truth, which is that the truth only comes long after a crisis is over.  The truth right now is humanity must come together and act rationally and collectively and that means ignoring those with blinders on who are sure you are doing something wrong and they are somehow right.  And then let’s carry that back into the real world once this is over and stop believing people who talk louder and gesture big.

Virtual Friendships:  A text message written blandly appears as angry to someone upset.  A phone call is stressful even at best. A video call rekindles a relationship.  To see someone’s face. To see when they look at you while you’re talking, or they are, is crucial, because we don’t feel less lonely when we look in a mirror.  But we feel immediately seen and heard when we are on video. That simple. Spend 30 minutes a day reaching out to someone you know and just check in.

Immortality:  Everyone who has thought they are immortal has died.  That’s the reality check. Those who think themselves impervious to getting sick and try to hide it are among the most dangerous people on the planet right now.  The others are those sitting around thinking about how this is affecting them as opposed to how this could be affecting others. If you are immortal, and selfish, then you live a long time with no one liking you.  If you are mortal and kind, you’ll live a longer life with healthy friends around you.

With de-socialization and less commuting for many, this means we have more time.  Use it to expand your compassion to others and see how you feel. The only difference in a virtual friendship and a real one right now is when that person coughs, or sneezes, you laugh together rather than recoil in fear.

We build a global, interconnected world tied to each other.  The unravelling of our society only comes when we choose to isolate as opposed to embrace connectivity in a new way.

Each day, I plan to:

Things won’t be what they were.  Ever again. An international crisis is an opportunity to rebuild and reset the norm, and we live in a world where many of those in power are ignorantly pretending their words matter.  They don’t. Their actions do. And they will be judged for it. But let’s not judge each other, or isolate, or not reach out because of this fear. Embrace the ways we can connect and make an effort to weave a larger humanity from it. 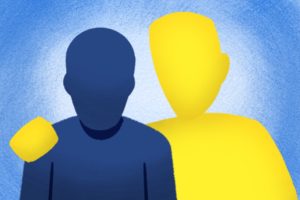 I know I will. 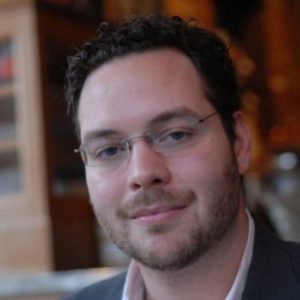 David Homan is the Vice President of LunaClipse Media.  Working at the intersection of feature film/media, he serves as a hybrid Executive, Creative, and Connector to launch the next phase of the company in liason with the Dalio Family Office.  He’s also a composer whose work has been played around the world, frequently on radio, and often with live modern dance and theater.  A natural connector, David volunteers his time to advise start-ups, businesses, nonprofits, and philanthropists and helps them connect with like-minded individuals to make them more efficient and empowering.  He believes that one of the best ways to make the world a better place is to help people join together to effect a positive difference and change. As a panelist, speaker, cultural ambassador, and specialist on governance as well as connecting, David has carved an international career based on his ability to meet and help others.  He grew up in the small town of Gainesville, Florida, but has made New York City his home for 19 years.  David serves as the NYC Ambassador for Nexus, as Board Secretary of the Arthur Miller Foundation, founding Board Member of Ariel Rivka Dance (as well as composer-in-residence), Board member of the First Republic Bank FEA NY Chapter, and as an evaluator for the Unfunded List.
PrevPreviousHonoring the Chain of Connections 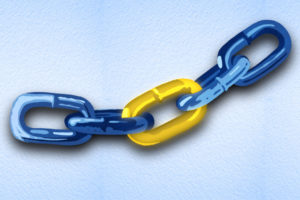 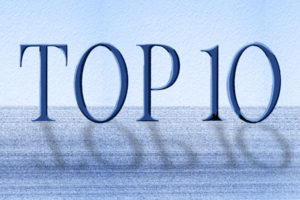